Look at me now

Our #IETLookAtMeNow campaign looks at the impact of generational influence, profiling STEM professionals and what their influences were as children, which shaped them into the individuals they are today, or which subconsciously set them on the road to their future STEM career.

We are calling for STEM professionals to come forward and be part of this campaign to tell your story. If you’d like to get involved, contact us at ieteducation@theiet.org

Why not start a discussion at home or in your classroom about generational influence?

• What toys/games do your children/students like to play with?
• What do these toys/games allow you to do or be like?
• Why not get creative and write your own profile – what toys would you play with that might influence you to work in STEM in the future?

Here’s a template to use to get started

Make sure you come back to this webpage because we’ll be adding further STEM profiles (written and video content) over the coming months to showcase the impact of generational influence.

Company employed by: The University of Manchester

When you were a child, what did you want to be when you grew up? Scientist – always!

Role model when growing up / who or what inspired you to become a research scientist?
I can’t think of a specific scientist (I loved Star Wars and the gadgets) but I think subconsciously what definitely helped was my parents helping me to understand how the world works. They didn’t know the answers to my million questions but never said “I don’t know, go away / ask someone else” they said “I don’t know let’s find out together”.

Reason for career choice: on hindsight it’s because it plays to my passions in science and engineering but I didn’t think about it at the time. The main reasons were it’s fun and it challenges me.

If you could have any job what would it be and how does that differ to your current role?
If I wanted another job I guess I’d be doing it. My job is awesome and I wouldn’t change it.

Tell us a little bit about your role. What does your typical day involve?
Today is different from yesterday and tomorrow will be different from today, which is the typical thing about my role and the reason I love it. So far today I have had an early morning telecon with research colleagues in China at Purple Mountain Observatory, attended a faculty leadership meeting to discuss the student experience, given some feedback to colleagues who were unsuccessful in a recent interview, recorded the next episode of a podcast series I’m presenting and will spend the afternoon in the lab trying to resolve a problem with my cryogenic amplifiers for a radio telescope in Chile. 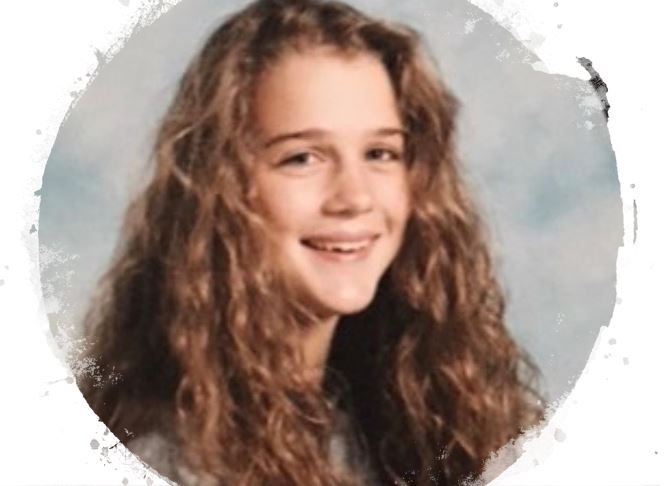 What do you love about your job and what would you change?
Today is different from yesterday and tomorrow will be different from today, which is the typical thing about my role and the reason I love it.

What gives you the most job satisfaction?
Helping me and others to understand more about the world around us. Teaching students and working with them in the labs.

What’s the most unexpected thing about your job?
The continuing leaky pipeline for girls in engineering, despite all of the great initiatives and encouragement.

If you could give one piece of advice to a young person who is considering a career in STEM (science, technology, engineering or maths), what would it be?
Fail…fail fast and learn.

What are the biggest implications your work will/could have in the future?
Improving our understanding of the universe and the technology transfer that happens to help other grand challenges.

What excites you most about STEM?
You’re making a difference to the world around you and having fun doing it – what’s not to like?! 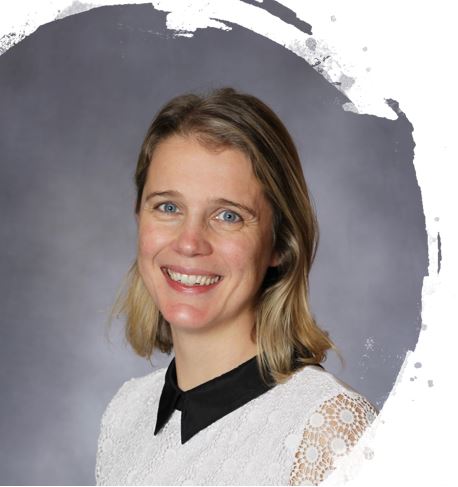 Influential toys during childhood: Lego (sorry to be such a standard engineer there) and puzzle games (like Monkey Island).

When you were a child, what did you want to be when you grew up?
When pushed, I would say a lawyer, but I’m very happy I ended up an engineer.

Role model when growing up / who or what inspired you to become an engineer?
I decided I wanted to be an engineer at a careers fair at my secondary school. My physics teacher’s husband had a stall with a mechanical gyroscope on it. Playing with something that behaved so counter-intuitively caught my attention and my imagination. I wanted to understand how it worked, and I’ve had my heart set on engineering since then!

Reason for career choice:
In my second year of university, I was thrilled to be accepted for a summer placement at
McLaren, where I worked on their F1 simulator. I was tasked with fixing a vibration issue with its steering control system. It got me looking into the mechanics of the system, the electronics actuating it, and the code to control its movement. Helping to develop such an intricate piece of engineering was a really rewarding challenge, so I wanted to come back and carry on with it. I tailored my module choices to the role, and ended up working at McLaren once I’d graduated, as a Graduate Simulation Engineer.

Career pathway to date:
I’ve spent most of my career to date working at McLaren Applied Technologies. I started off
as a Graduate Simulation Engineer, working on the simulator, creating simulations for road
bikes and mountain bikes, and developing motion tracking algorithms for consumer
products. I steadily worked my way through Simulation Engineer to Senior Simulation
Engineer and Control Squad Lead.

Along the way, I decided to push myself to develop a well-rounded skill set and went down the route of accreditation for CEng. Helped hugely by the responsibility given to me at McLaren and the innovative nature of the projects I worked on, I ended up becoming chartered at the age of 25, the youngest chartered engineer in the IET at the time.

In this last year, however, I decided to make the jump to a different job with a new set of
technical problems to solve, and I moved into the role of Lead Simulation Engineer at
Babylon Health. In this capacity, I’ve swapped bikes and cars for the human body. I’m
working to model and predict different systems of the body to help people stay healthier for longer.

If you could have any job, what would it be and how does that differ from your current
role?
My ideal job would be working on a TV show somewhere between Scrapheap Challenge,
Taskmaster and Robot Wars, which is obviously very different to my current role in
healthcare. I love puzzles and engineering, and I think it’d be a great way to capture the
minds of the next generation’s engineers.

Tell us a little bit about your role. What does your typical day involve?
In my role at Babylon, I’m responsible for the development of simulations of systems in the
body, enabling you to predict how your daily actions will impact your future health. My
typical day would start with a stand-up meeting with the team to ensure everyone is clear on what they’re up to for the day. I may then review medical research papers to understand more about the behaviour of a particular biological system, before coding it up in Python to explore how it behaves in practice. When we are getting ready to release a new feature into the app, there is a lot of work that needs to be done to ensure that the user experience is slick and engaging, so I may end the day with a review of our latest screen designs with one of our designers. 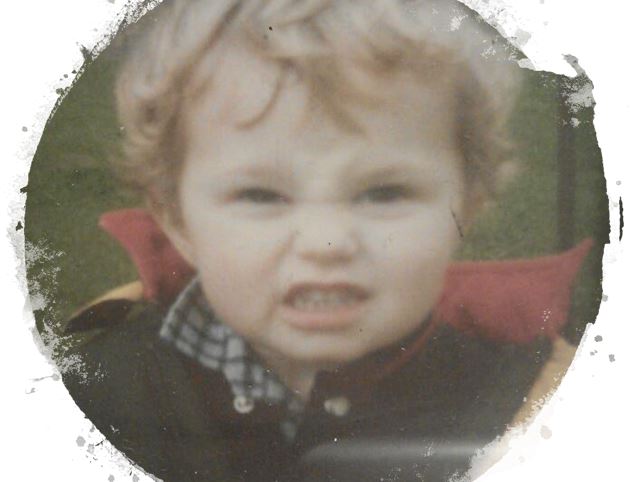 What do you love about your job and what would you change?
What I love about my job is that I’m learning about a completely new topic, human biology,
whilst getting to apply and develop my technical and managerial skill set that I built up during my time at McLaren. I’m most motivated when I’m learning, so it’s wonderful to be facing a completely new industry and, as a result, a brand new set of problems to solve.

What qualifications did you take at school/college?
MEng in Control Engineering.

What gives you the most job satisfaction?
Seeing the team motivated by a technical problem and collaborating with them to find a
way to solve it. That’s the most satisfying part of my job.

If you could give one piece of advice to a young person who is considering a career in STEM (science, technology, engineering or maths), what would it be?
Find something you genuinely enjoy and do that! Go and do placements, learn what you like and what you don’t like doing. Find somewhere where you are so engaged by solving the problems you’re facing that you never clock-watch.

What are the biggest implications your work will/could have in the future?
I’m working to predict people’s health futures and motivate them towards healthier
behaviours. So I hope that my work helps people to live longer and healthier lives. That’s the plan.

What excites you most about STEM?
Many industries stay relatively still, but STEM careers can make genuine changes to the
world. You learn to understand how the world behaves around you, and so you learn how
you can make a positive difference to it. If you find a role which harnesses your creativity and this technical skillset, I think that’s a very exciting world-affecting combination. 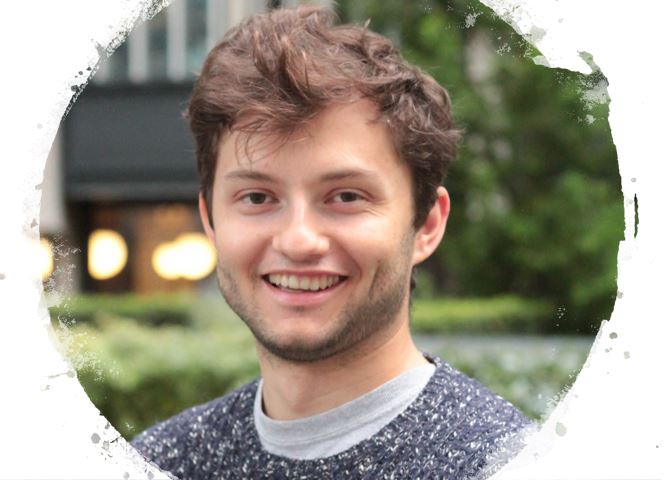